We specialise in workplace health, safety and compliance

We are a Health & Safety Consultancy with offices in Belfast & London, however, our work can take us all over the UK. Our team provide businesses of all sizes with bespoke support at competitive rates in health and safety, fire safety, insurer risk surveying, event safety, construction safety, ISO certification and Covid-19 guidance and assessments.

After a challenging and uncertain year, it is more important than ever that business owners have the opportunity to focus on what matters most for their business. We take the hassle out of health & safety, saving our clients time and energy, which could be better spent on their business ambitions.

Our experience in the industry has spanned over a decade and in that time we have worked in many industries; from event safety in stadiums and sports grounds, to construction in the retail, leisure, aviation industry and solar-site development. Our highly qualified team of experts offer advice and assistance in on-site health and safety, workplace inspections, company safety documents, auditing, fire risk assessments, local authority liaison, permits to work, insurance and claims mitigation.

Our company ethos centres on creating long term partnerships with our clients based on trust and collaborative working. We have a clear mission – to ensure people at work, or those affected by work, return home to their loved ones safely each and every day. Added to this, we are passionate about changing the negative perceptions of the Health and Safety Industry.

Astora understands one size doesn’t fit all and will work with our clients to achieve long term results. For small or new start-up businesses, you might be struggling to know exactly what you need to do to stay legally compliant. There are regulations, guidelines, best practice procedures; where does one start? Maybe you know what to do, but you don’t have the in-house resource to enable you to maintain minimum legal compliance while building for best practice. 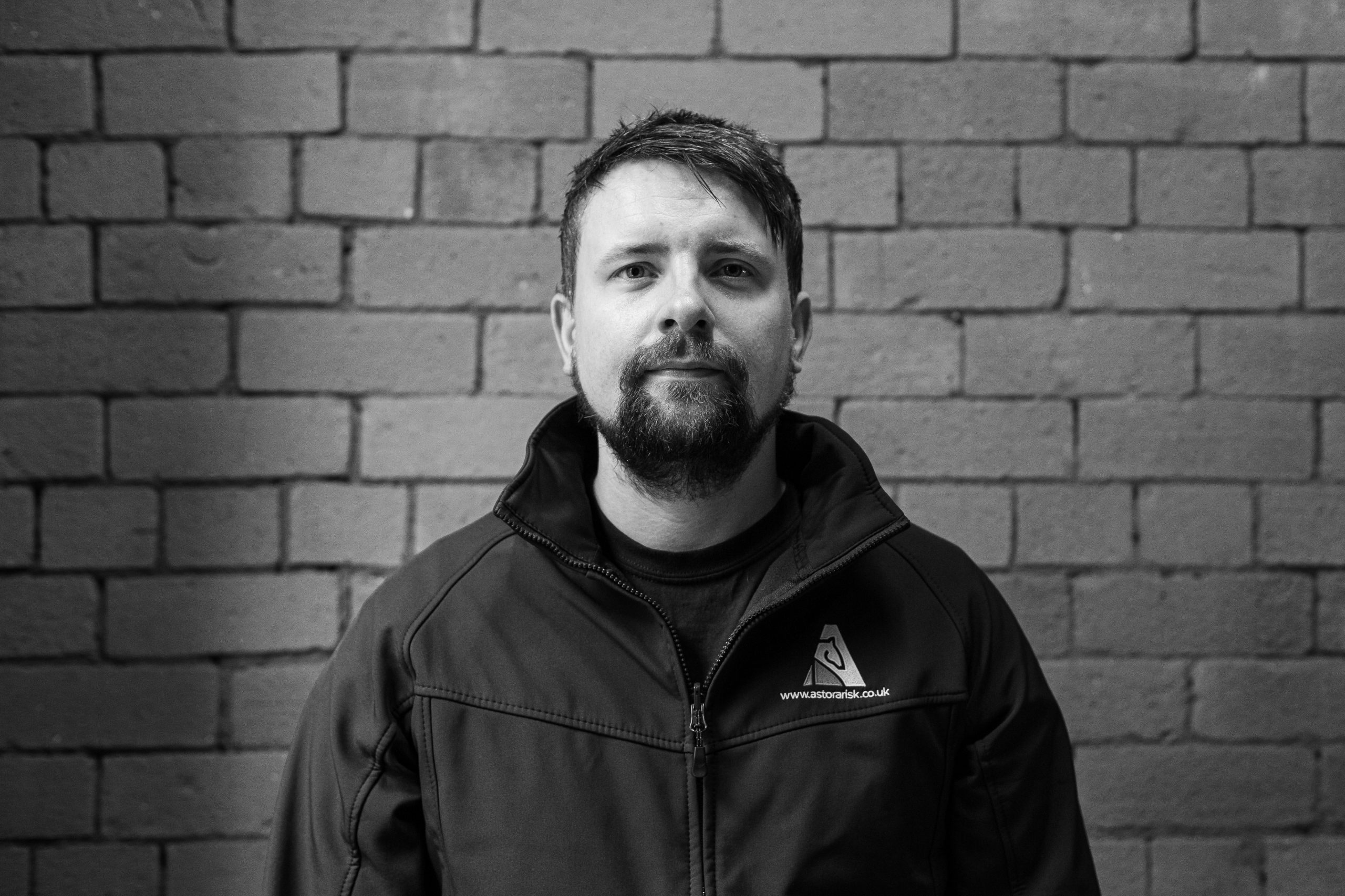 Lloyd is an experienced consultant who has worked in a variety of sectors across construction, manufacturing, hospitality, fire risk management, live entertainment, and everything in between.

Lloyd started his career first as Health & Safety Consultant on a construction project, managing the build of an expansive outdoor recreation and accommodation site in the North-East of England. Lloyd then honed his talents, moving into solar development, where he was responsible for managing site safety in several multi-million-pound projects in renewable energy.

Whilst working as a consultant in 2015 Lloyd attended The O2 Arena in London for what was meant to be 3 days of reviewing & developing Standard Operating Procedures. His talents were quickly recognised and he was offered a full-time position where he rose through the ranks being promoted to Head of Health & Safety in 2019. Here Lloyd was responsible for creating and implementing a culture of safety across a site encompassing a 23,000 capacity arena, two 3,000 capacity entertainment venues, 31 restaurant & food outlets, 45 retail outlets, cinema, trampoline park, bowling alley, museum and ‘Up At The O2’ roof walk experience.

Holder of a public speaking award from Rotary International, Lloyd relishes the opportunity to speak publicly about his passion for safety; whether it be delivering a training session, or networking with industry colleagues. In 2018, Lloyd was invited as a guest speaker at the Safety and Health Expo in London’s Excel, speaking on the subject of ‘Effective Accident Investigation’.

When Lloyd is not at work he likes to watch movies and play the guitar (but he’s no Jimi Hendrix). 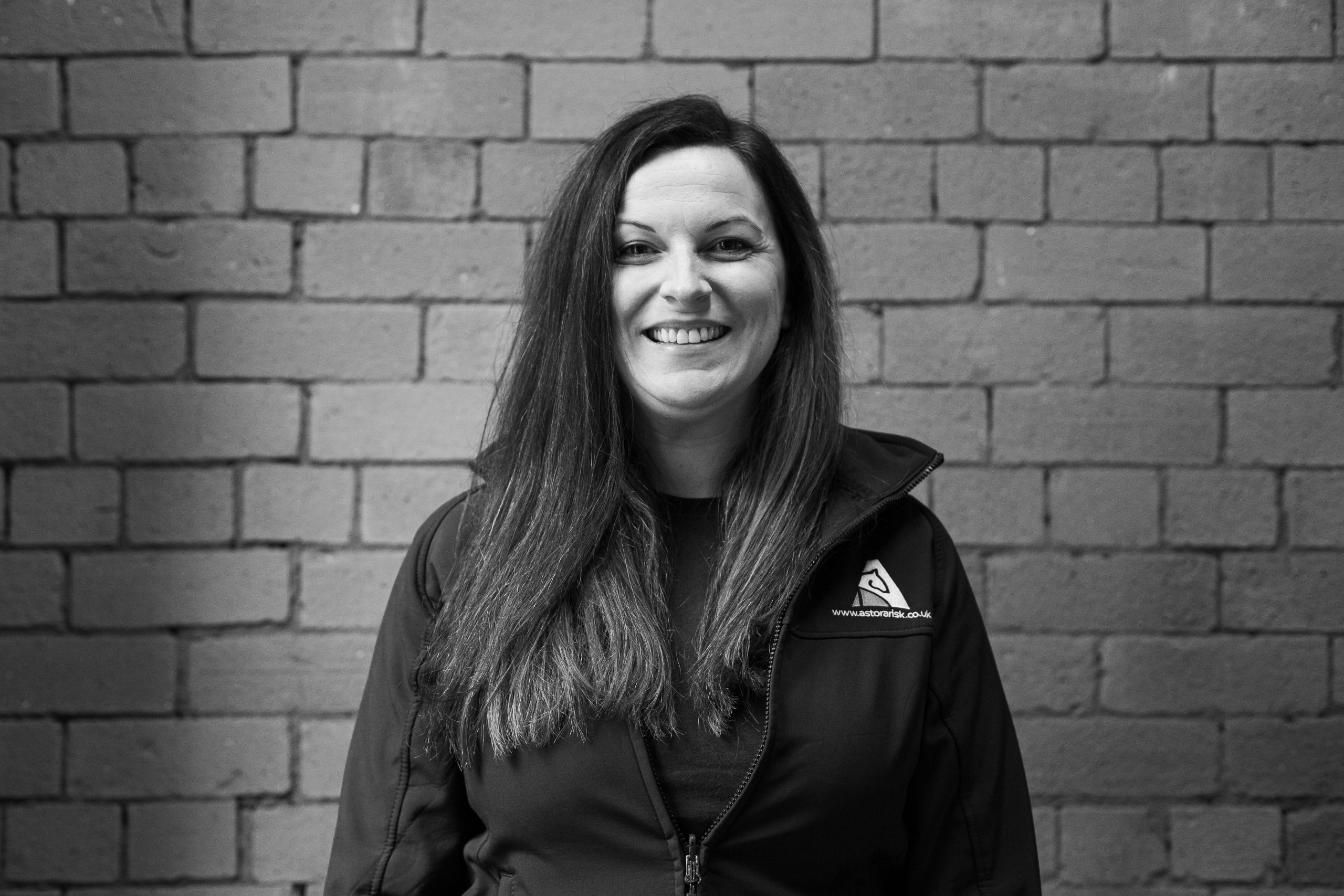 Gillian’s background is in event production, venue operations and safety, with over 16 years of experience working for a variety of private, public and not-for-profit sector clients. Her career began in Northern Ireland, where she managed some of the country’s most exciting events and projects including the International Festival & Events Association 3-day annual conference in Belfast (2005), The Tall Ships Atlantic Challenge (2009), and was appointed Venue Operations Manager of ‘The Venue’, the largest temporary venue on the island of Ireland; built to house the Derry~Londonderry UK City of Culture 2013 Programme of events.

With this raft of experience, in 2014 Gillian relocated to London for a new role as a Venue Manager within The O2 Arena, the World’s busiest music venue, catering for audiences of up to 23,000 people. Gillian doesn’t shy away from a challenge and has worked on some of the biggest events in the UK, having successfully delivered events for high profile clients and brands including the BPI Brit Awards, BBC, MTV, Redbull, O2/Telefonica, Mercedes Benz and Global Media. She has also managed concerts for some of the world’s most famous artists such as U2, Muse, Paul McCartney, Ed Sheeran and Shawn Mendes; working with promoters such as Live Nation, AEG Presents & SJM.

With this experience, Gillian is our in-house expert on all things event safety-related including crowd safety, security deployment and training, incident and emergency planning, Safety Advisory Groups, special effects and production.

Gillian loves travelling and is very lucky to have visited some of the most coveted destinations on any travellers wish list including Australia, New Zealand, Fiji, Thailand, Vietnam, Philippines, and hikes to El Camino de Santiago, Mt Kilimanjaro and Machu Picchu.

Our team have a wide variety of experience, qualifications and memberships which we keep up-to-date through constant learning and CPD.

We can offer guidance in planning to get your place of work back up and running including re-opening plans and risk assessments or to audit the provisions you have in place.

We can also design and deliver bespoke in-house courses in line with your company’s specific training requirements.

From Property Fire Design Strategies and event Fire Officer provision, through to PAS79 Fire Risk Assessments and Fire Emergency Evacuation Plans, our team are the right fit for your fire safety business needs.

We specialise in fire risk management across all sectors including oil and gas, retail, catering and hospitality.

We work with your business to determine what health and safety support you need ranging from policies, ISO45001 support and risk assessments all the way through to induction training and DSE assessments.

Why not let us look after your safe systems of work, permit to work processes and critical safety operations.

From small events right through to 60,000 plus attendee concerts and sporting events, our team have the experience to ensure your event is delivered with the safety and security of the public at the forefront. We can produce Event Safety Plans, Crowd Safety Risk Assessments, Medical Risk Assessments and liaise with the Local Authority to ensure you meet your legal requirements.

From Construction Phase Plans to Principle designer support and construction safety auditing. Our teams provide a range of support to various companies working within the construction industry from property developers to bricklayers.

We design and deliver bespoke training for a wide variety of sectors. This can be done face-to-face at your premises or we can offer e-learning solutions. Our training courses cover a wide range of topics such as Fire Safety, Manual Handling, Hazard Awareness, Incident & Accident Reporting, Security Awareness and Disability Training.

What our clients have to say… 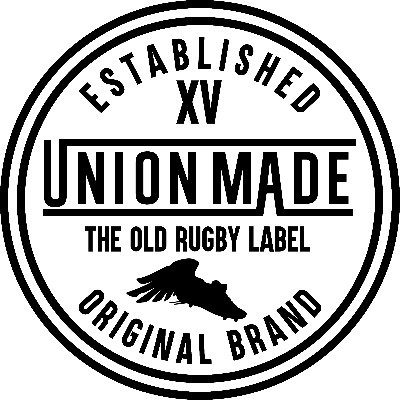 A weight off my mind. We are a small start-up business in the retail sector and always found health and safety regulations very daunting. Astora gave us easy to follow advice on all aspects of our business and have always been on hand for us to contact with any questions. Thanks for all your help!

The recent Fire Marshal training we received from Astora Risk was excellent. The trainer was very engaging and our staff now feel more confident in their abilities in the event of an emergency at our conference venue. We are looking forward to the First Aid course next month.

Astora Risk recently helped us develop our Covid Safe plan in order that we could remain open to accommodate groups and individuals to stay at the Cottages right from the beginning of lockdown. This included NHS staff and individuals who needed to self isolate. Their straight forward approach and clear recommendations on our operations was invaluable, and easily translated into guidance which all our staff here could follow. 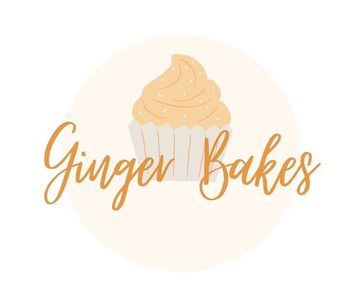 I have recently started up my own business in catering for made to order cakes and desserts. Working out of my own home I wasn’t sure of the regulations around what I needed to do to ensure my hygiene standards were appropriate to be able to sell my goods instead of just giving them to friends & family for free! Astora Risk helped me produce my own HACCP plan and have also provided me with guidance for the next step in my plan to sell at markets and outdoor events.

Yes, they certainly are! We offer all businesses a complimentary business safety review and audit, in which we (i) take a look at the arrangements and provisions you already have in place, (ii) discuss any issues you’ve tackled and (iii) consider your plans for the future. Following the review, we’ll send you a report of our findings along with any recommendations for valuable improvements. It’s then entirely up to you whether you choose us to help with these improvements or not.

Must I sign up one of your annual packages?

No, you don’t have to. We can work with you either via a service contract or on a project or ad hoc basis. If you want frequent advice and support, one of our packages would most probably be the best and most cost-effective option. However we are very happy to help with one-off or occasional projects such as fire risk assessments, maternity assessments or ISO audit preparation, so feel free to pick up the phone and talk to us at any time. We’re here to help!

We’ve provided high-quality services that include clients within…